Thomas Munson of the Daily Pennsylvanian writes as eloquently as any sports writer in this piece that addresses both today’s elections and sports, particularly the massive celebration in Chicago following the Cubs’ World Series championship run. At first, I needed to double-check to see if this were really a piece from the likes of Thomas Boswell or Wright Thompson instead of from a student journalist at Penn.

I won’t steal Munson’s proverbial thunder, but here is an example of his exceptional writing and wonderful insights into life, politics and sports.

“So long as something as insignificant as a baseball game can bring millions of strangers together, I will have faith that our shared belief in unalienable rights will eventually unite our entire nation.”

You really need to check out his column:

MORE SPORTS AND POLITICS: Greg Gottfried compares the athletic prowess of our two presidential candidates – sort of. It’s worth a read.

MULTIMEDIA: The Daily Bruin offers a terrific, interactive story on four young volleyball players who have known each other for years and that is presented stylistically like “Snow Falling” and “Surfing Under The Northern Lights.”

HOGWARTS ATHLETICS: A player who compete in Quidditch says he has received concussions and black eyes trying to keep the golden snitch from opponents in a video story offered by the Daily Bruin. Quidditch appears to be a sport that blends lacrosse, dodgeball, wrestling, and the childhood street game of Keep Away. Why isn’t this sport on the NCAA’s emerging sports list?

PODCASTS: The Indiana Daily Student produces a weekly podcast that focuses on Hoosiers football which is measured and informative. As I noted last week, sports staffs might also want to produce an on-field postgame YouTube video where two beat reporters discuss a game they just viewed, perhaps doing this after interviewing players, coaches in order to collect information for digital/print editions and to better understand the game before talking about it.

FEATURES: I really like this feature in the Louisville Cardinal where the staff cited the top 10 opposing players both its mens and womens basketball teams would face this season.

RANDOM PHOTO: Couldn’t resist this cat photo by Sungwhan Cho in the Independent Alligator, which ran a story on a marked increase in pet adoptions at the Alachua County shelter – news that is catnip to someone who owns dogs, including one (named Jeter) that we rescued from the local shelter about 10 years ago. … Story idea: Do a piece on pets owned by athletes on campus – most popular, most unusual, best or worst for these busy students. Or even, learn whether having pets is popular or unusual. Soft kitty, warm kitty … 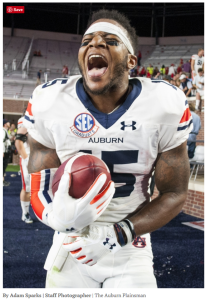 WRITING & VISUAL STORYTELLING:  Auburn Plainsman photographer Adam Sparks captured an emotional Josh Holsey on the sidelines during a football game with Ole Miss. As noted last week, writers and photojournalists should seek these emotional and/or intimate moments during games and in feature pieces. Check out the nice take by the Auburn Plainsman on this player’s impact on this football game, where Sam Butler clearly and quickly describes the key play and then explains its significance:

Kevin Steele knew cornerback Josh Holsey was smart, but he didn’t know he was *that* smart.

Late in the fourth quarter last Saturday, when Ole Miss was driving down the field to potentially take the lead, Josh Holsey all but slammed the door on a potential Rebel comeback by picking off quarterback Chad Kelly. Holsey jumped a route, stepped in front of the receiver, and took the interception back all the way to the Auburn 25.

That play flipped the momentum of the game, and it only happened because Holsey knew exactly what was about to occur.

Offering sports coverage that is new or interesting? Send me a note at jgisondi@gmail.com so I can include this in next week’s review of college sports media. 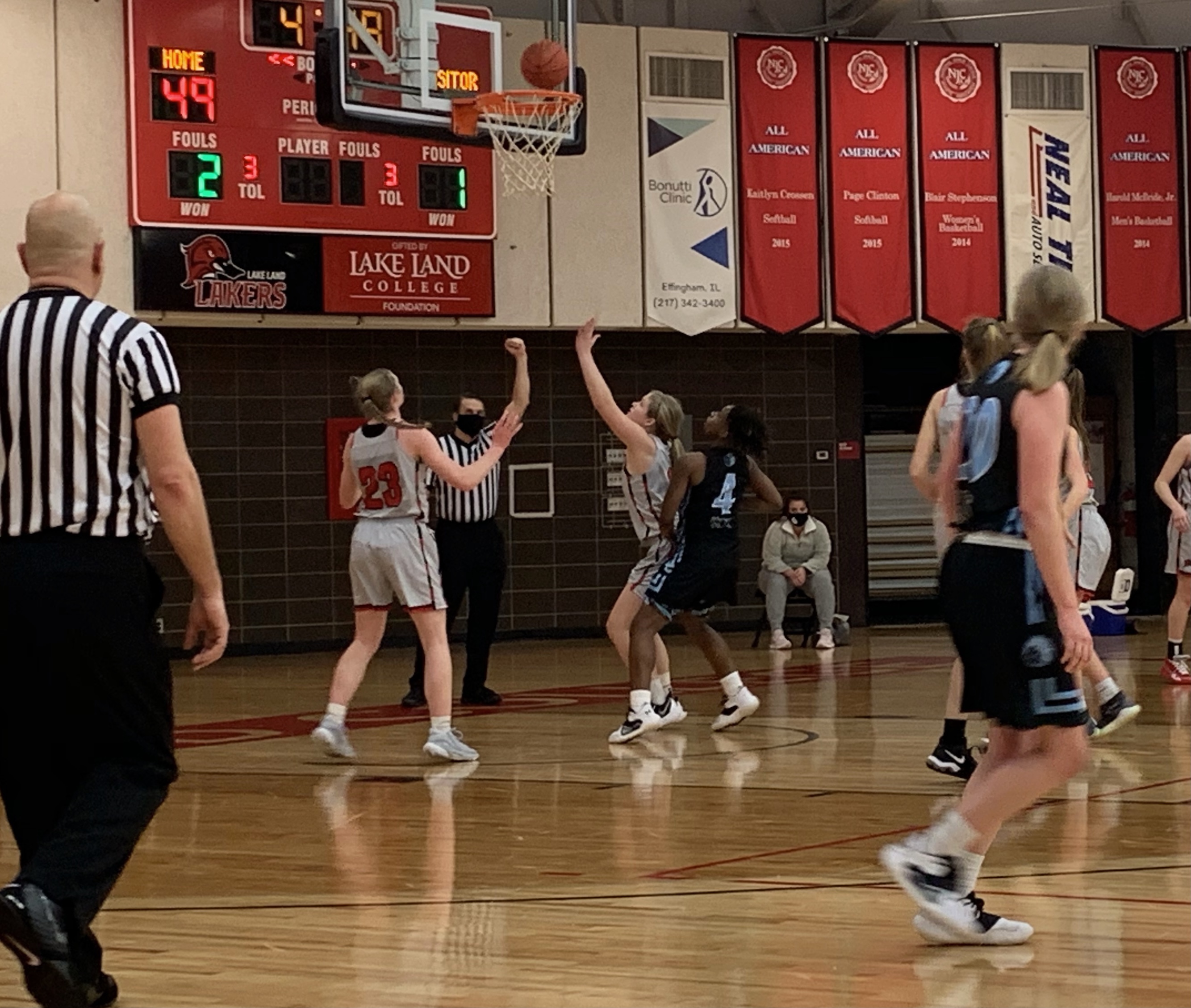