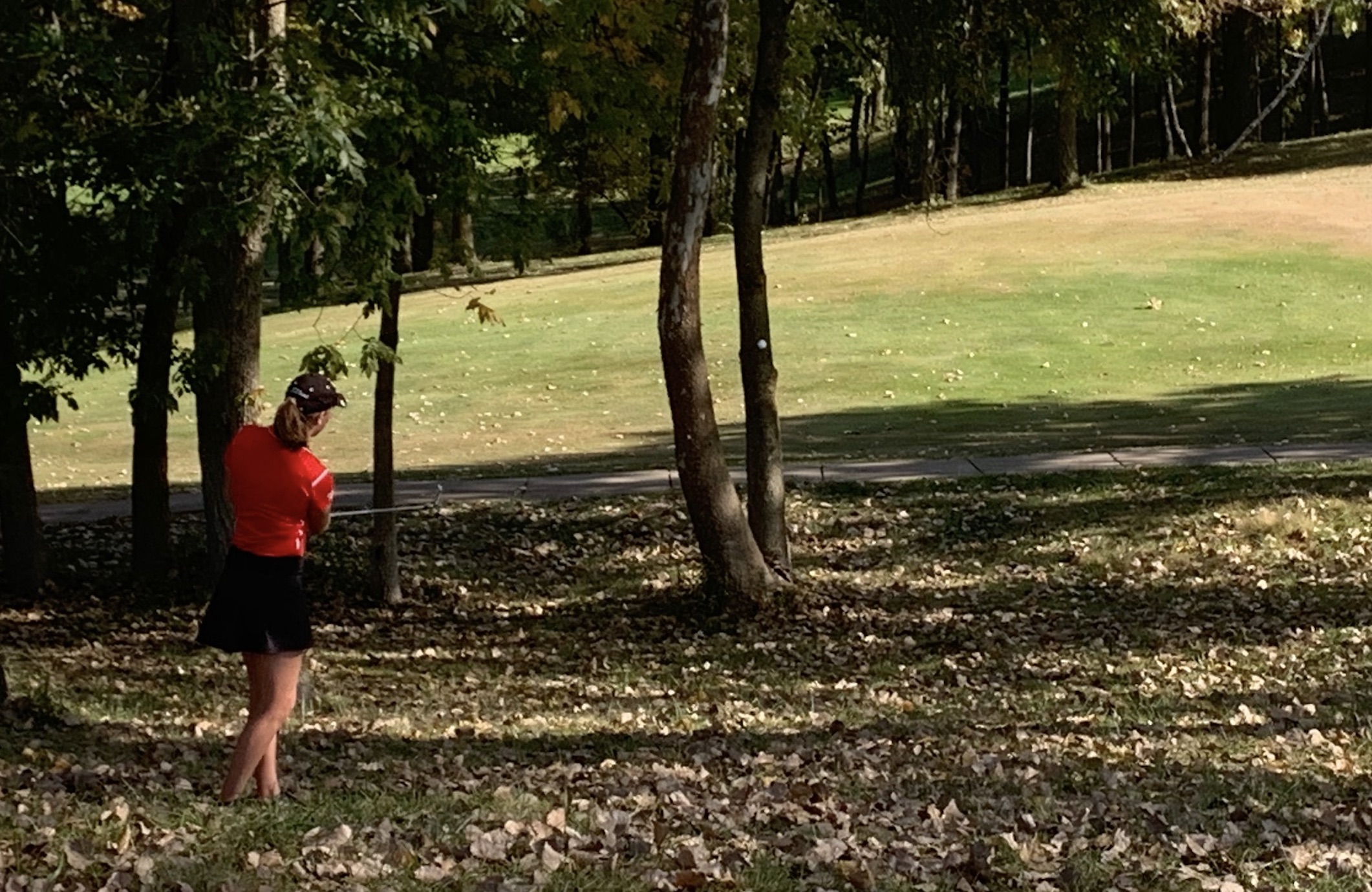 I started a sports website nearly four months ago here in central Illinois.

I did not have a point to prove.

Nor a thesis to test.

Or even some lofty premise to uphold.

Although I do have pent-up anger at newspaper chains for having gobbled newspapers like a private equity firm – essentially dissembling them by eviscerating staffs, reducing coverage and pretty much divesting from local communities. As a result, you can buy a cadaverously thin local newspaper edition filled with mostly non-local news for two bucks. The newspaper still has some very good journalists, but not nearly as many as they need and with not nearly as much support as they require.

The reason I created a sports website, with my friend Jeff Owens, early last September was because the local newspaper announced that it would no longer cover local sports as intently. Yes, you have that right: they justified a reduction in prep coverage, even if that is not what the post intended to do.

The newspaper even admitted it would no longer put box scores in the newspaper. But, you know, they really do not put them online either, instead offering snapshots of scorebooks or PDFs of results submitted to them rather than assembling them in a coherent, consistent manner.

Here’s the underlying message from the newspaper: Prep game coverage does not matter. I’ve heard from several journalists across the country who agree with this premise. But nothing could be further from the truth. The reality: high school sports gamers don’t usually attract the same clicks as, say, a college or professional stories do. But, in the aggregate, prep and youth sports are the heart and soul of many communities like ours here in Coles County.

It takes work to do journalism well.

As a junior college student in the early 1980s, I worked at the Fort Myers News-Press, then considered one of the best mid-sized newspapers in the country. Through the week, I’d write game stories, developed features, assembled sports stats for the agate page and fielded phone calls from local coaches for the nightly round-ups. On Tuesdays and Fridays in the winter and spring, we’d sometimes fill two broadsheet pages with results from schools across about four counties. The newspaper sent out photogs to a few places, and we packed in stories, boxscores, individual stats that, in the aggregate, might have been our most popular pages those days — the same way that our Fort Myers Little League Tournament coverage, replete with schedule, might have been the most read package during the summers. We covered those games as intently as if the Kansas City Royals were still in town for spring training.

In other words, we invested in our community. The News-Press editors did not rely on advanced metrics that might reveal a lengthy feature garners more reads than a high school game story. (Perhaps.) Or that coverage of the local university, which has far more students and alumni than any high school, would also attract more clicks.

It’s sort of like the movie “Trouble with Curve,” where the Atlanta Braves rely too heavily on metrics to make a faulty first-round selection despite concerns by their most instinctive, experienced scout who tells the team not to sign Bo Gentry, who aptly and inevitably can’t handle that arcing, spinny pitch. I’m not saying I’m Gus Lobel in this scenario, but, truthfully, I suspect I might be getting more cantankerous with age. Or so I’m told.

But let’s look at what the newspaper wrote: “Box scores are the biggest change. We’ll no longer be able to put them in the paper the day after games — that was tough even on our old deadline. We don’t want to run old news, so we’ll no longer run them in print. We still want our coaches and athletic directors to send results in, and we’ll post those results available on our website and also make them available through social media.“

Timeliness is a key news element along with prominence, conflict, currency, proximity and impact. But I have learned timeliness is mutable. No doubt one should publish news as soon as it can be assembled, verified and written. Does that mean that a game story from a 1 p.m. game needs to be online by 5 p.m.? If possible. But audiences will still read these stories at 8, midnight or the following morning – and even days later — if you give them valuable information. But the local newspaper moved up its deadline by a few hours, creating a faux lateness factor because the newspaper was no longer edited and designed locally. Like with many news chains, stories are sent to hubs where copy is read and pages assembled by people who may never have stepped into one’s city.

Copy editors are among the most informed, intrepid, scrupulous people I’ve ever been around. They save reporters’ asses all the time, even if it makes us grumpy. Or at least they do at places not named Sports Illustrated. But they can’t reasonably know a community as intently if they have never spent time in it.

Three months ago when Jeff and I started this project, we did not know what to expect. We rushed in hoping that we could fill the need for local sports news. Local residents responded strongly by jumping into content supplied on our website and Facebook page (@ColesCountySports) in far higher numbers than we had anticipated. As of today, we have 1,251 very active followers from our smaller community on Facebook and are now averaging about 1,500-2,000 weekly reads online at ColesCountySports.com.

We regularly interact with our readers who have taken ownership. When they catch mistakes, we change the errors. When they suggest story coverage, we pursue it. When they send in photos from games or local events, we publish them. If they have a general question, we respond. And we always thank them. We are humbled by the reception.

The majority of the coverage comes from me and Jeff, the general manager for WEIU’s radio and TV stations. We both enjoy spending time at events and chatting with coaches, players and fans. Students at Eastern Illinois University also get experience covering local sports, a skill that builds on their hands-on experiences writing for the Daily Eastern News and producing sports content for a nightly 30-minute newscast on our PBS channel. If one can cover preps, one can pretty much cover any level of sport. We had two primary goals for this website – to serve the community and to educate those seeking to learn journalism. That’s why we also give very specific feedback on their work.

We have slowly expanded our coverage. We now cover Lake Land College athletics since the local newspaper has not addressed those teams since late last spring. We have posted stories on youth soccer, softball and basketball – along with championship gamers featuring middle school baseball and basketball teams, which have been among our most popular posts.

Football, while attractive, has not been the most read sport. Cross country posts have been wildly popular, as have stories about wrestling. Both boys and girls basketball have consistently done well, too. The readership for all sports continues to grow. The other day, a school administrator told me that he now habitually goes to our website in the morning for sports news, and a coach told me students and faculty at his school are abuzz about our website.

We recently started to raise funds so that we can increase our coverage. We received our Federal Employment ID number and our Articles of Incorporation were approved by the Secretary of State. We want to eventually become a not-for-profit, but, ironically, we have to raise roughly $600 to pay federal fees to gain non-profit status.

The past two weeks, we have received $800, with another $1,200 pledged. We estimate it will cost about $18,000 to cover sports year-round, not including the personal cost we have absorbed for state fees and to run the website. Yesterday, we started paying local, experienced writers a nominal stipend to report for us because, damn it, journalists need to get paid for their work.

Newspaper chains stopped investing in local communities a long time ago. That’s definitely the case here in Coles County. Many of the national current newspaper chains have cut staff, reduced content, charged more for a smaller product and sent the remaining profits elsewhere. So now, perhaps, it’s time for local communities to step up and keep the conversation going because people really do want information, no matter where one resides. Playwright Arthur Miller once said that a good newspaper is a nation talking to itself. In America, newspapers have really been about smaller communities like ours speaking to themselves.

I’ve always loved newspapers, whether it was reading the comics section as a young kid, reading sports as I grew older or even delivering two newspapers – The Bridgewater Courier-News as a middle schooler in New Jersey and helping my father stuff and deliver about 200 copies of the Newark Star-Ledger early Sunday mornings. At the time I did not know that my grandfather, Gus, had worked as a pressman for the New York Times decades earlier. So, I guess, it was no shocker that I eventually started covering sports for weekly, and then daily, newspapers in Florida as a teen and into my adult life. I did not regularly stop working for newspapers until I moved to Charleston, where I have taught journalism at EIU since 2002. During my tenure, I continued to work part-time as a writer and editor. Journalism has been my life.

But I never anticipated the state of today’s media — that greed would have driven newspapers into the proverbial ground and out of people’s consciousness.

Perhaps, we can help change that model, even if that is not our primary goal.

Who knows? Maybe we’ll eventually expand by providing non-sports news, if we can get enough funding. For now, though, we are laser-focused on local sports because the community values this service. Certainly, this is not as important as feeding those who are hungry or providing shelter for those wandering the streets or offering free breast exams from a mobile mammography unit or working on kids’ teeth in rural communities. Not even close.

But I hope this project can help student-athletes (and student-journalists) know their hard work is appreciated, even if it’s playing just a few minutes in a varsity basketball game or finishing near the back of the pack in a cross county meet or raising self-worth with events like Girls On The Run – or writing a 400-word game story about two local soccer teams. Players, and journalists, contribute in all sorts of ways. The effort matters.